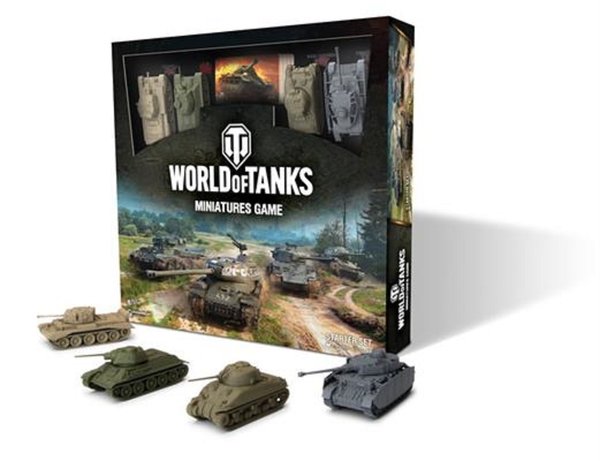 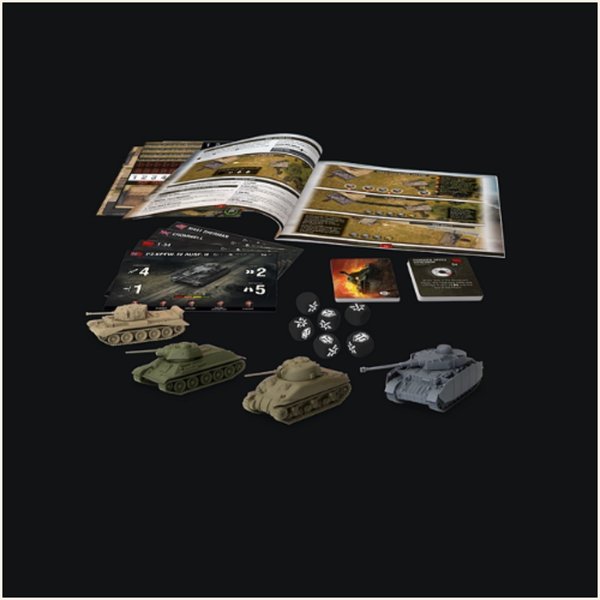 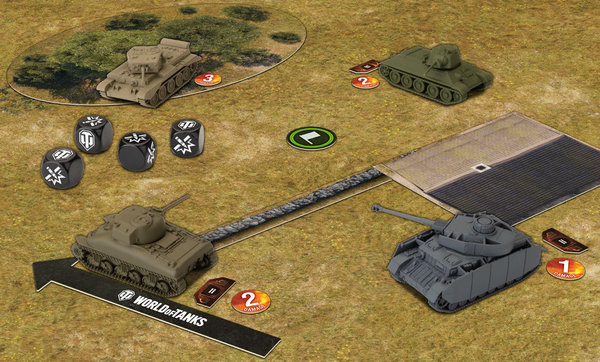 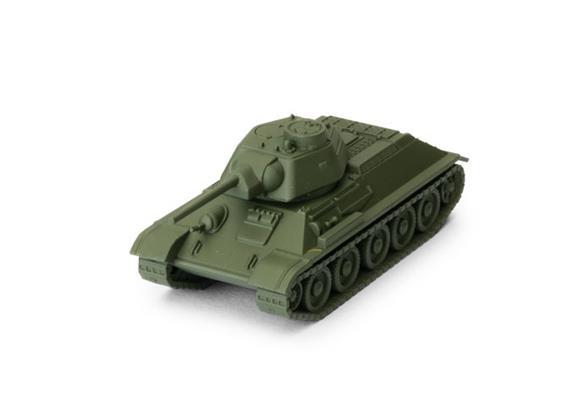 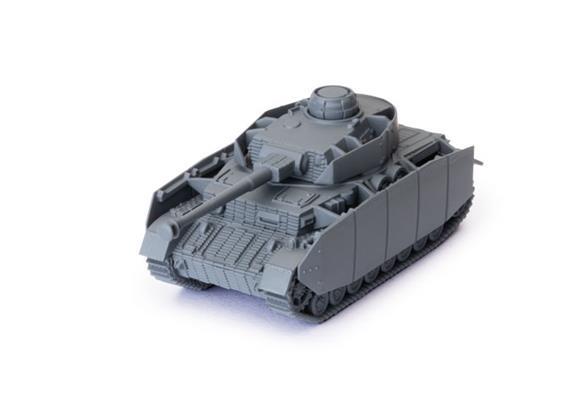 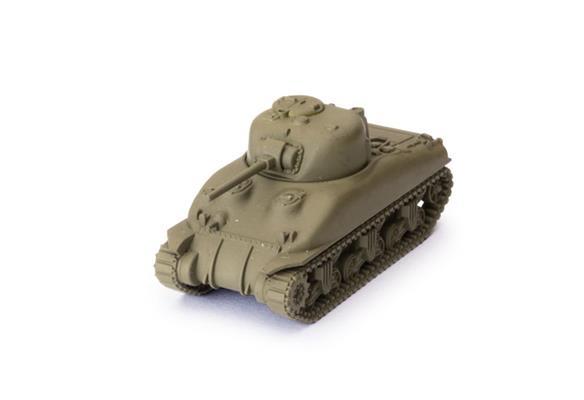 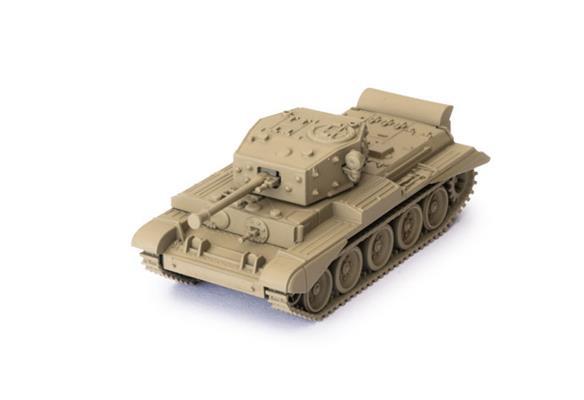 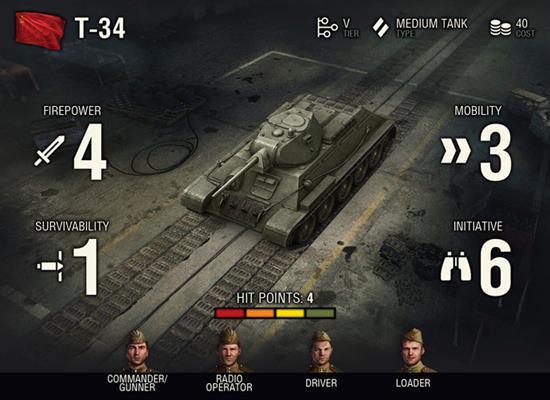 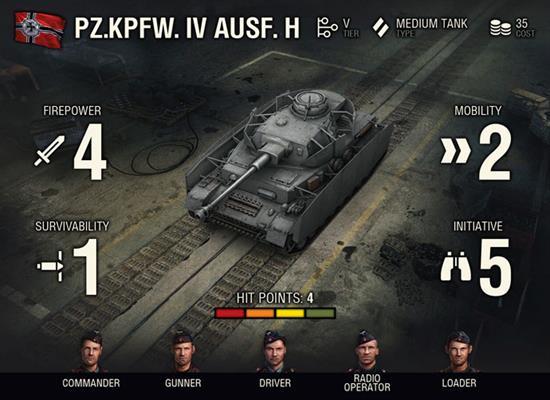 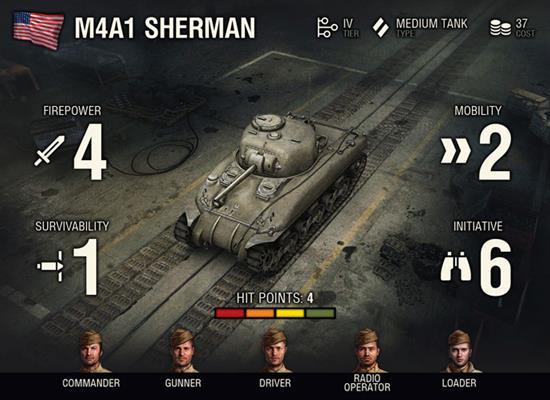 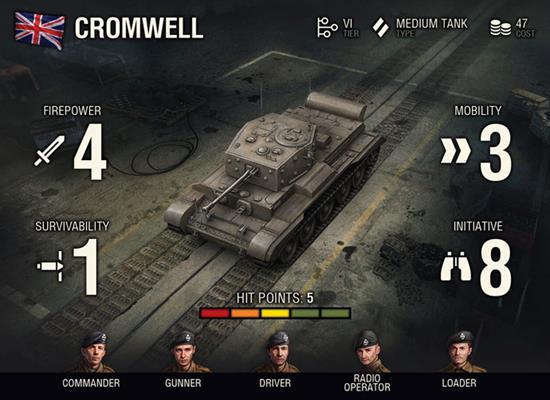 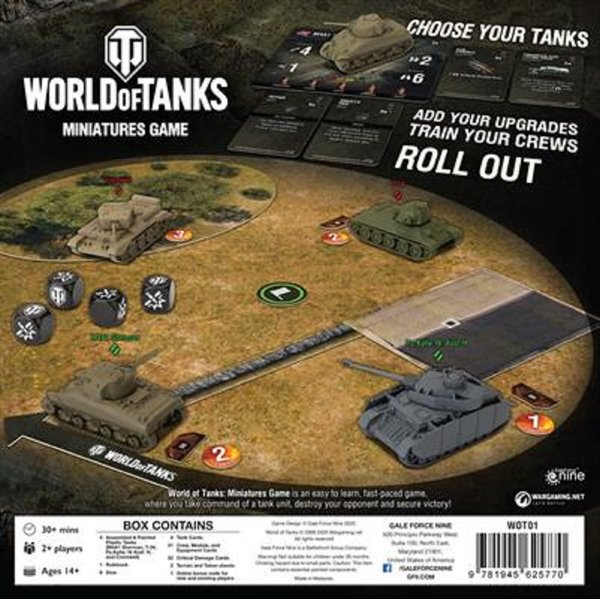 incl. VAT plus delivery
In stock

World of Tanks is an easy-to-learn, quick-play, small-scale game, where you take command of a tank platoon, seeking to destroy your opponent’s tanks and secure victory.

Inside the World of Tanks: Miniatures Game Starter Box you will find everything you need to play a game, except a table and an opponent, to play your first games.

The box contains four assembled and pre-painted 1:100 scale miniatures, ready for battle. Each tank has a tank card that contains all the stats and information that you need to know.

Crew, module, and upgrade Cards represent the extraordinary soldiers or additional equipment that separates an individual tank from the factory standard. They are used to modify a tank’s stats or give them extra abilities.

In the Starter Set you will find 31 different cards that you can use to personalise your tanks. These have been divided into two different sets, 13 cards marked “Open First” that are used in the first of the boot camp training missions, and another 18 that you can try out as you get more confident with your tank’s abilities and the rules.

Each game uses a mixture of terrain: woods, hills, buildings and walls to make each battlefield unique. Inside the box you will find a pair of double-sided cardboard woods or hills, which provide cover or block line of sight, four buildings that restrict your movement options and can hide tanks, and four walls that can provide some cover from enemy fire.

Lastly there is a range of cardboard tokens to help you keep track of what is going on during the battle: which tank is which and how fast they moved, along with a measuring arrow, used for everything from movement, checking close range, and setting up the battlefield.

In the World of Tanks: Miniatures Game most hits tend to eat away at the hit points of a tank, but there are always those exceptional hits that damage equipment or even kill the crew. To represent these potentially devastating hits there is a critical deck of 32 cards ranging from a Lucky Hit that does extra damage, through to the Engine Fire card that can potentially wreck a tank with one hit.

Many of you will have previously tried the World of Tanks game, but if you have never felt the power of this extreme tank on tank warfare then the Starter Set (and all World of Tanks: Miniatures Game products) comes with a special invite code giving you a Premium Tank, Garage Slot, 7 days of Premium Account and 500 Gold, all for free.

If you are already a player then the Starter Set still has a bonus for you including 3 days of Premium Account, Large Repair Kit, Extra Combat Rations, Chocolate, Pudding and Tea and a Case of Cola. Each expansion will also include further redemption codes giving Premium Account time or other consumables.