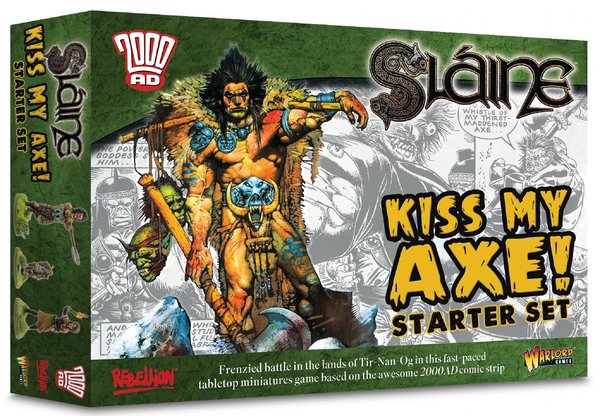 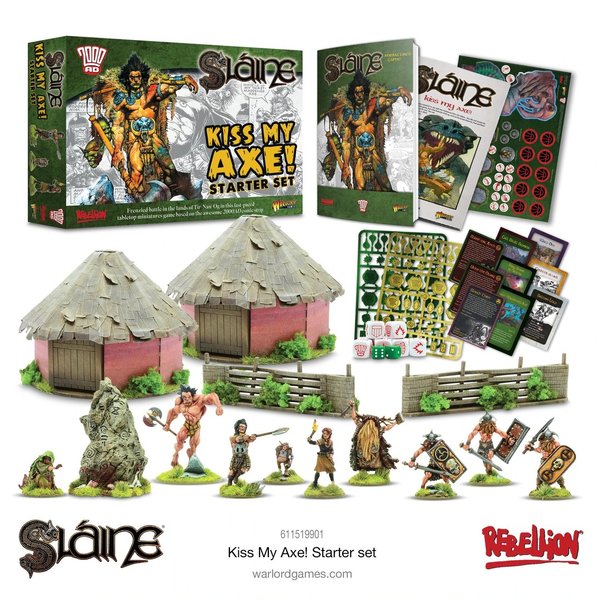 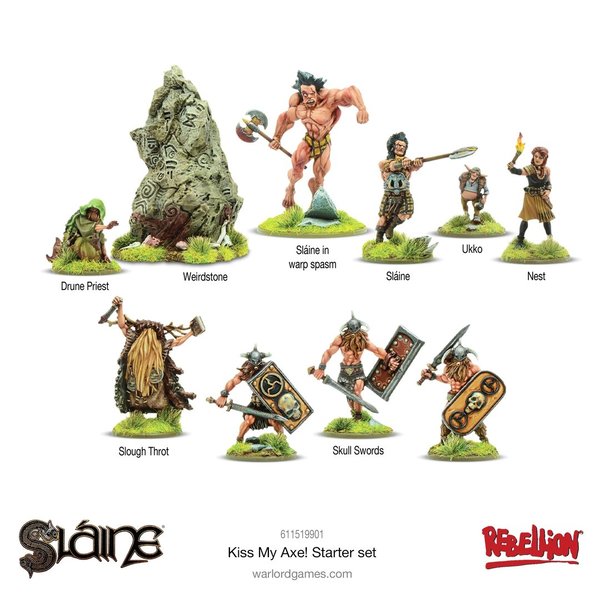 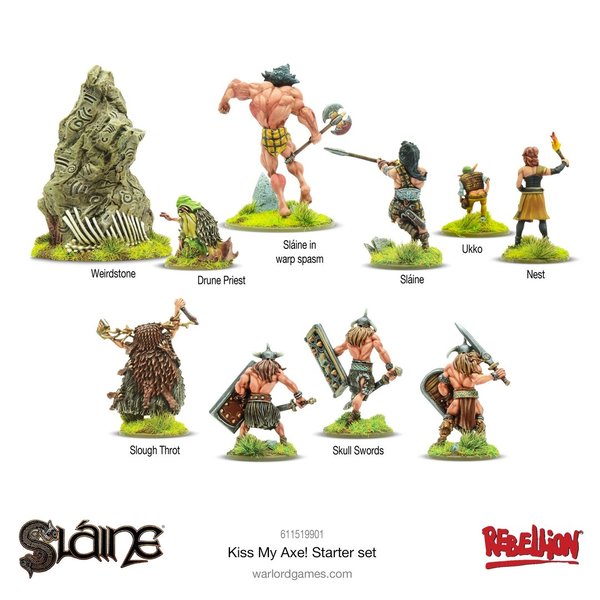 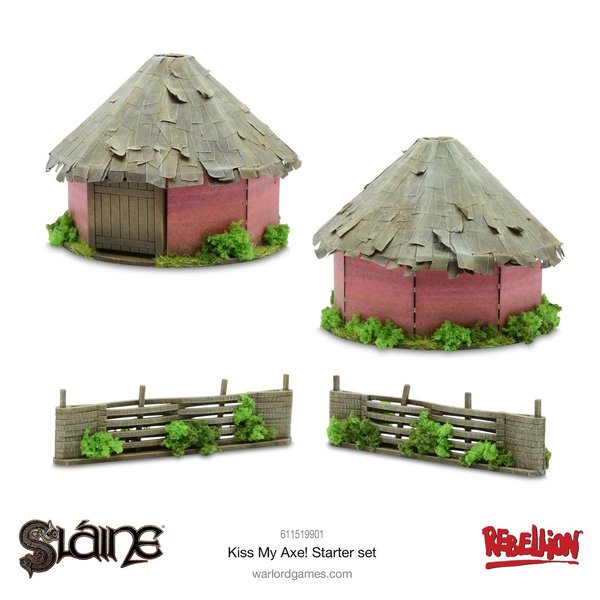 This starter set, for Warlord Games' fantasy skirmish game Slaine, contains the miniatures, scenery, tokens, cards and all the rules you need to play. This also includes scenarios, advanced rules and profile lists to create your warbands such as the heroes of the Earth Tribes and Drune Lords included in this set and much more...

This boxed set contains the following:

Sláine: Kiss My Axe! is a skirmish tabletop miniatures battle game for two or more players set in the fantasy world created by the legendary comic creators Pat Mills and Angela Kincaid. Axes and swords clash whilst Earth and Sour magic lash out across the Land of the Young, as the Earth Tribes of the goddess Danu battle the decaying Drune Lords and the relentless Fomorian Sea Demons.

In Sláine, players take control of a small band of Earth Tribe, Drune, or Fomorian warriors as they fight for glory and survival in the mist-shrouded lands of Tir Nan Og and beyond.