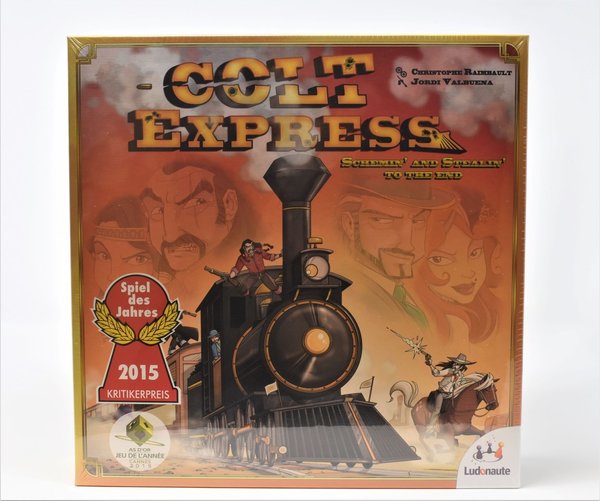 In Colt Express, you play a "desperado", who attacks a passenger train. No mercy, no possible alliance: between the cars, on the train's roof, bullets come from everywhere. The out-laws are injured. The Marshall patrols the train, thwarts the plans of the bandits. He is an additional threat in this extraordinary project.

Who will become the best gunslinger? Who will get the greatest part of the loot?

Each character has his own personality but, at the end of the day, they all have the same goal: to get the biggest slice of the pie in robbing the passengers.