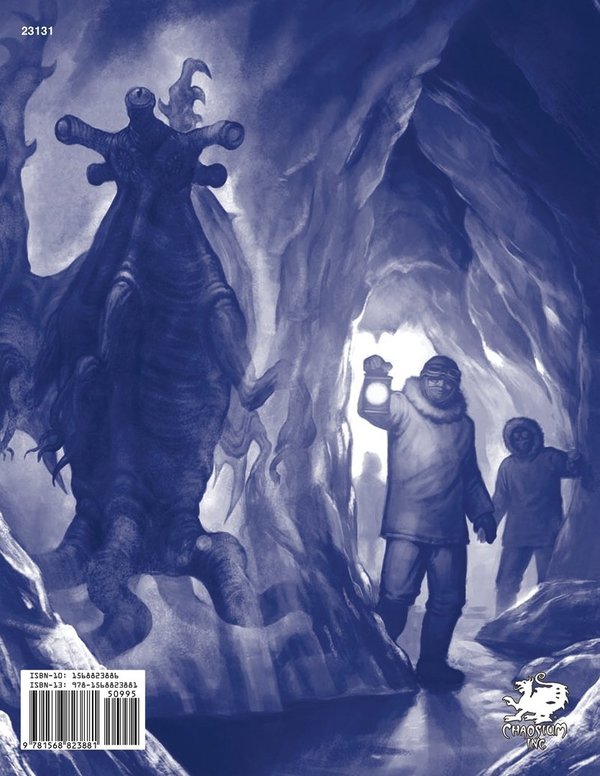 With Chaosium's Call of Cthulhu 7th edition quick start you and your friends can enter the world of role-playing in the Horrific world described by HP Lovecraft. This is a world populated by the creatures that might live in of your deepest nightmares.

In role-playing games, one player takes on the role of the game-master (or Keeper, in Call of Cthulhu), while the other player(s) assume the roles of player characters (investigators, in Call of Cthulhu) in the game. The Keeper sets the environment and plays the non player characters (NPCs), animals and monsters that inhabit this world.. The player characters actions success is based on a roll of percentile dice while their characteristics are determined by rolling six sided dice. This rulebiook contains the basic rules needed for playing in this world of imagination all that is required is the dice.